Posted on 18 May 2014 by everymealmatters 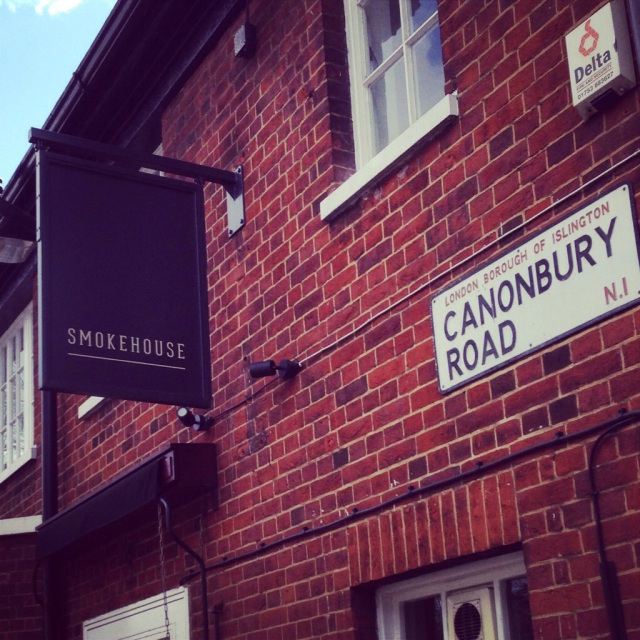 I called this blog Every Meal Matters because I really do think that. I want every meal to be delicious and satisfying and as I’m lucky enough to live in a first world country and have a good job, I really don’t think there is any reason why it can’t be. I realise that this can make me a pain in the ass and I’ve seen my friends and family rolling their eyes as I’ve refused to put up with a Ginsters pasty on a long journey or to be excited by the 2 meals for £8 deal at the local pub but I just can’t help it. I love food, I love eating and I don’t want to waste a single opportunity.

To show that I’m not an entirely odious being in this respect, I should point out that I do occasionally “take one for the team” without comment or complaint and I have been known to politely munch my way through some unspeakable pub meal, fresh from the freezer or a ready meal, which I’m convinced is 99% horse meat, in order to make others happy. It’s just that I’d really rather not.

Sunday lunch in an excellent example. A good roast can be one of the most nutritious and satisfying meals but this just makes it all the more disappointing when you have a bad one. It’s just so easy to find a bad one. Frozen Yorkshire puddings, soggy veg and poor quality or overcooked meat are often the culprits. Then there’s the gravy – the magic that brings everything together – bad gravy or not enough gravy can ruin a perfectly fine Sunday lunch in a single blow.

There really is no excuse. It’s not about skill. All you need is good quality, fresh ingredients cooked with a little care and attention and served in generous quantities. Simples. And whilst there’s nothing wrong with wanting a cheap and cheerful lunch, if you don’t want to spend more than £5 then don’t go out for Sunday lunch – you can guarantee it is going to be dreadful.

As a result of the number of terrible roast dinners I’ve eaten in my time, I tend to rely more heavily on reviews and recommendations for Sunday lunch than I do for other meals out. Having recently had a fabulous one I felt it was my duty to spread the word. If it’s Sunday lunch you are looking for, Smokehouse in Islington might just be the answer. 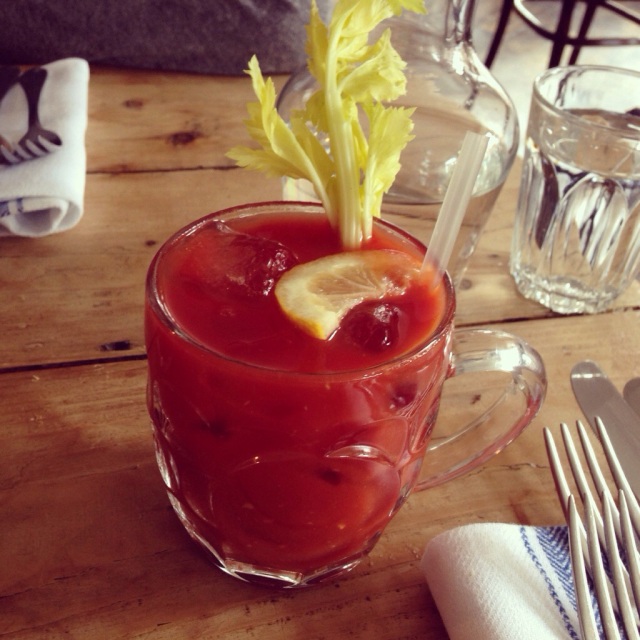 I must say, I really feel in love with the place. For a start, it’s a great venue. Striking just the right balance between cosy, relaxed pub stylee and modern day cool, I loved the decor and the space. There is a slightly more formal restaurant section at one side where you can book tables and then a bustling bar area, which is first come, first served. Take your pick, depending on what mood you’re in.

The staff were also great – relaxed, attentive and chatty – although I did get the impression that they’d had a better (and much later) night than me the night before!

The second thing to win me over was the drinks list. As a pregnant non drinker, I was delighted with the extensive selection of non alcoholic beverages and even though it wasn’t on the list they made me a fantastic virgin mary. The real selling point was the beer selection though. They have a huge range of varied and interesting beers spanning from pale ales and IPA’s to smoked beer and even an espresso stout from a micro brewery in Malton, North Yorkshire (where I happen to have grown up).

In fact, I was so excited by the extensive beer selection that I accidentally texted a man who was fixing my bathroom insisting we immediately get a date in the diary for him and his husband to come down to London so we could all go back and they could try the beers. He doesn’t have a husband and politely replied “thanks for the invitation but I think you sent it to the wrong person!!!!!” Whoops. 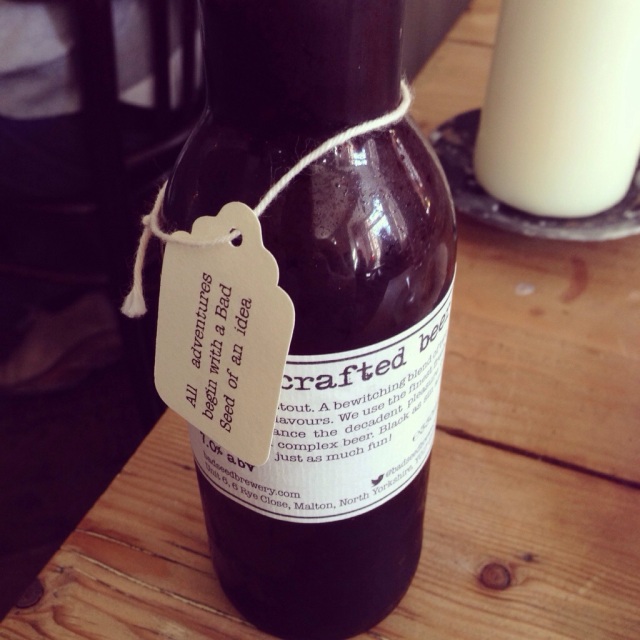 The last big tick was for the main event, the food. I had high expectations as the chef, Neil Rankin, was responsible for the delicious food at Pitt Cue Co once upon a time and he did not let me down.

It was great. The starters all looked so fab, we couldn’t resist. Mr E went for spicy ttebokki & Cornish mussels, which sounded right down his street – once we had ascertained from the waiter what ttebokki actually was of course! Turns out it’s a Korean snack food made from soft rice cake, fish cake and sweet red chilli sauce. He loves broth, he loves asian food and he loves mussels so it really was a no brainer.

I broke all the pregnant woman rules and had a runny egg. I know, horrifying isn’t it?! Just look at it though. You can’t present a woman who hasn’t had a runny egg for 6 months with burnt leeks, Jerusalem artichoke, parmesan & duck egg on a menu and expect her to resist. Plus, in my defence, the NHS website reliably informs me that runny eggs don’t actually cause any risk to the unborn human I’m currently subletting my body to, it’s just that I might get salmonella which would be more unpleasant than usual as you can’t take the antibiotics usually prescribed to sort it out. Turn’s out it was worth the risk – I very nearly licked my plate clean it was so delicious and there was not a stomach cramp in sight. 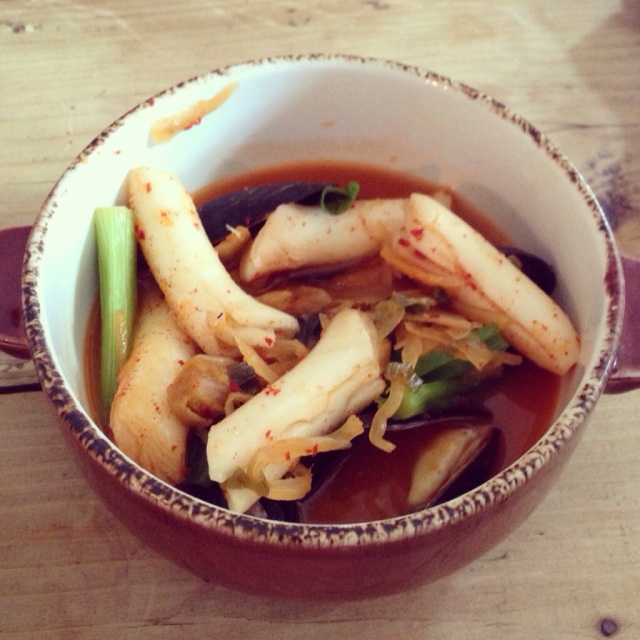 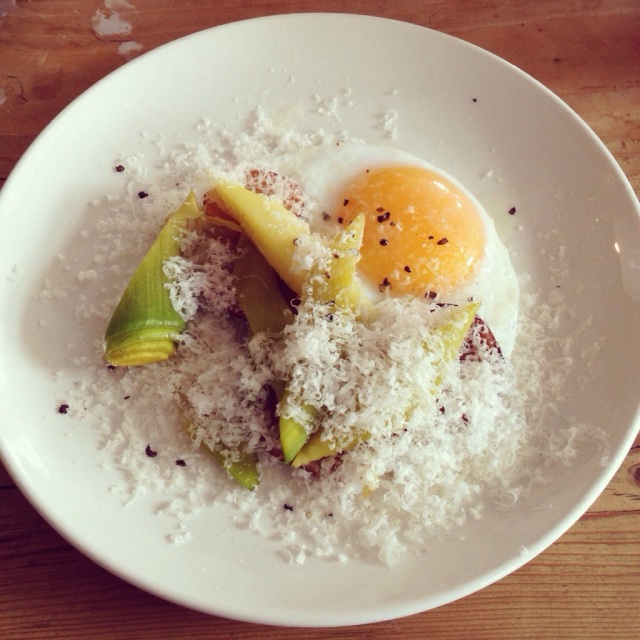 Next were the all important roasts. Pork for me and beef for Mr E (I’m not a total rebel – I do adhere to the no rare meat rule).

Now this is how to do a roast dinner. Good quality meat, a good selection of veg, crispy roast potatoes, fluffy Yorkshire puddings. My single and only complaint would be the amount of gravy, which was delicious by the way, but I asked for more and was given a nice big jug straight away so no harm done. 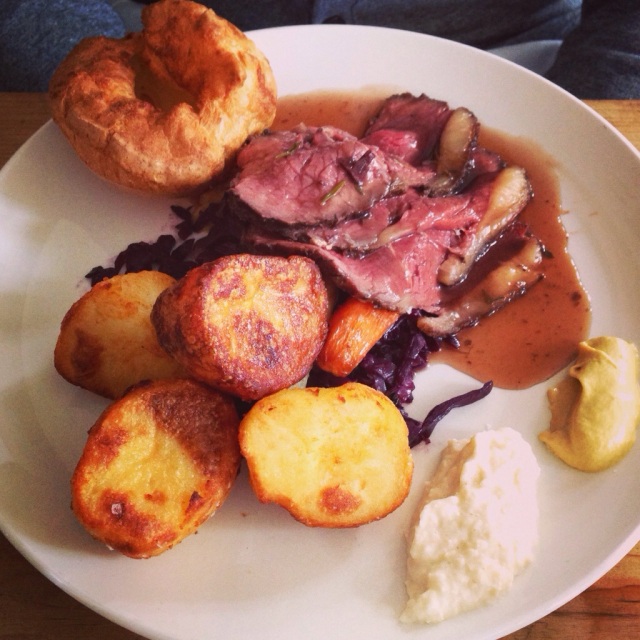 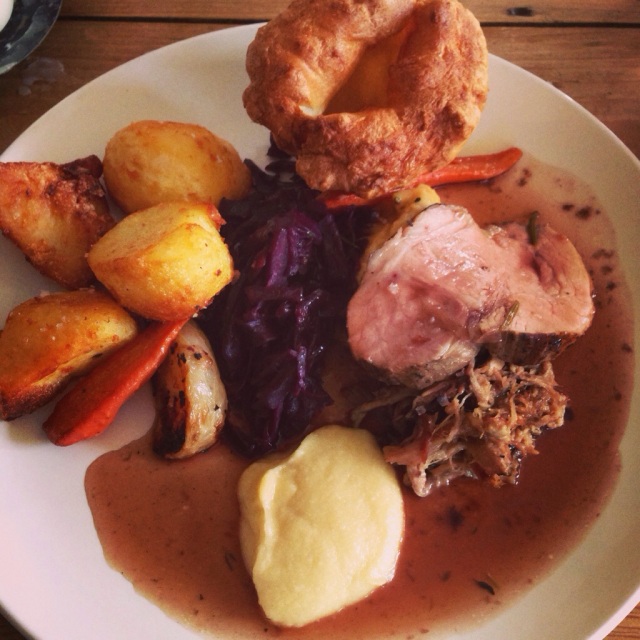 Finally, the puddings. We really didn’t need one but we were having a lovely time and they all sounded so good. …

An excellent decision. We went half and half and both hit the spot. The double D tart is based on a double decker. Packed with chocolate, nougat, rice crispies and nuts and served with pistachio ice cream, it was a winner. As was the cheesecake. Light, creamy and perfect with the lemon sorbet, we gobbled it down in no time at all. 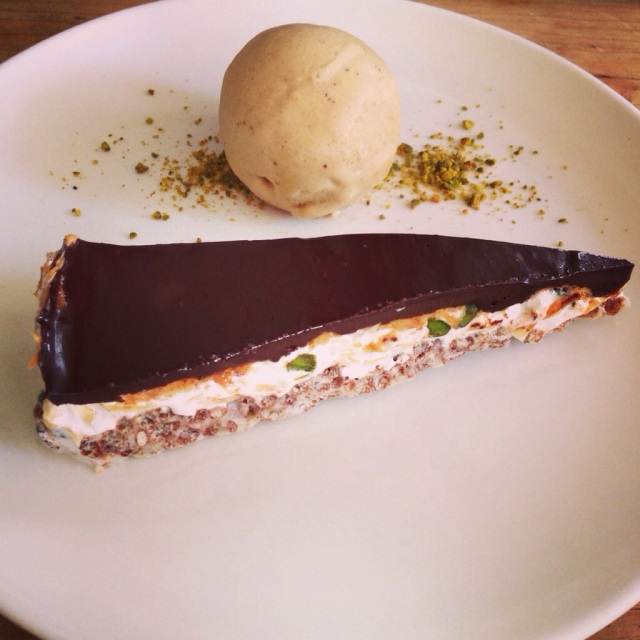 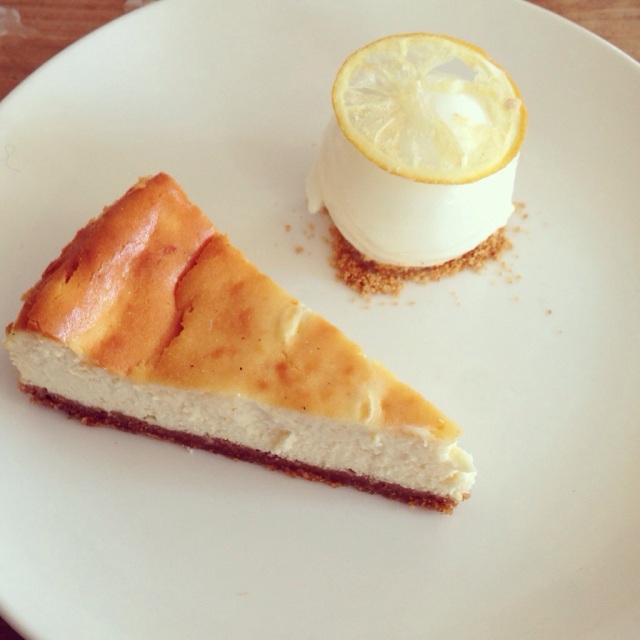 In short, I loved the Smokehouse and I will most definitely be back (with or without the local plumber) – 9/10.