Posted on 18 May 2012 by everymealmatters

Well, no sooner had I told you all about Meat Liquor than its baby brother opened in Covent Garden. Suddenly I felt like I’d only told half the story, so yesterday I popped into Meat Market for part two.

To alleviate the risk of being repetitive I will keep this short and sweet, which actually sums up the Meat Market experience rather well.

It was good. The food still had that dirty feel (the good kind) but the venue is much more bright and airy. Cheerful even! Not something you could say about Meat Liquor.

The focus here is on a quick bite to eat. Takeaway or grab a stool, eat and get out.

There is a self service soda machine, counter service for the food and lots of staff wearing caps. Despite the fact that everything is cooked to order, it has a very “fast food” feel to it with plenty of tongue in cheek touches, such as the old Chinese takeaway signs on the stairs up to the restaurant. There is also a rather good view of the Jubilee Market, if you like that sort of thing. 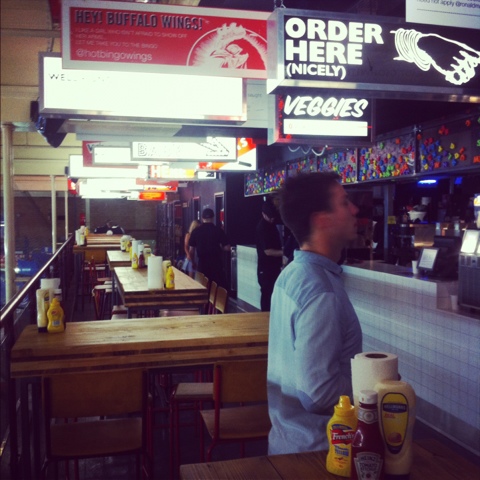 The menu is similar to Meat Liquor but there’s a focus on things which can be cooked quickly. Everything is pretty reasonably priced given the quality, especially when you consider that it’s slap bang in the middle of a tourist hotspot in Central London. 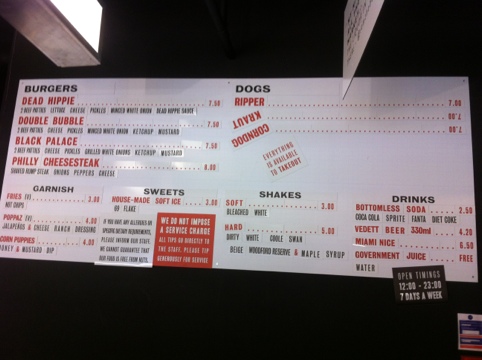 Unlike in Meat Liquor there was a whole section of the menu for hot dogs, so that is what I went for.

It was tasty, satisfying and massive. Absolutely huge in fact! I was totally stuffed by the time I’d finished. 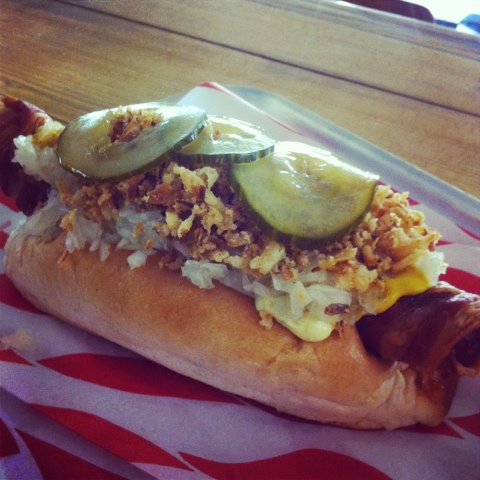 I think Meat Market is a great addition and with the fast food concept, queues shouldn’t be too much of a problem here. On balance I prefer Meat Liquor, it’s just more of an experience, a good night out, but if you are in the Covent Garden area and craving a hot dog or a burger then Meat Market is absolutely the place to go. Just make sure you are hungry! 8/10.